On a lazy Tuesday in the middle of July, 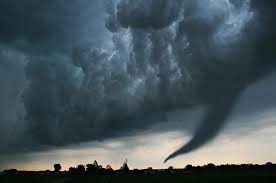 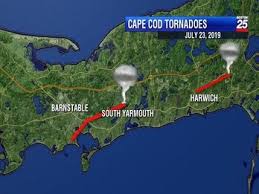 This was the path of the 2 tornados!! 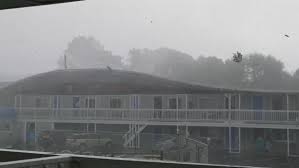 The roof flying off of a popular hotel!! 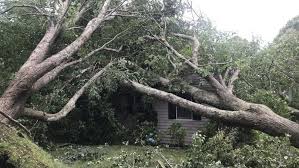 Lots of people had trees uprooted…we were lucky to have just branches break!!  Electricity was out for 2 days around our cottage, but many people went additional days without power…we were also, lucky to be off The Cape when this happened, but Patty and Don, Victor’s sister and her husband, who live next door to us,  were there and toughed it out!!

This was the result of the tornadoes, at our cottage!! 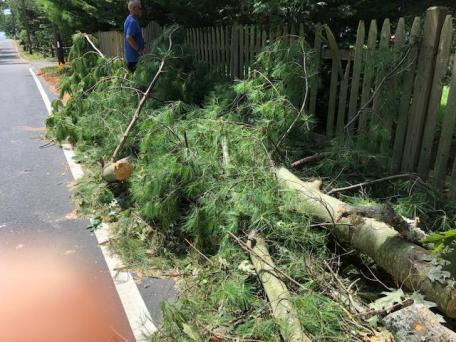 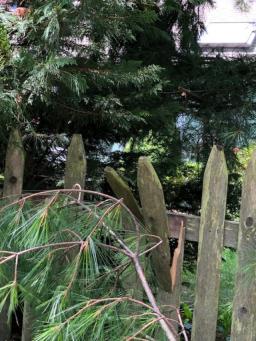 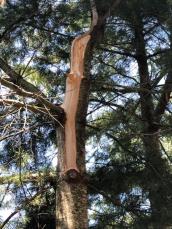 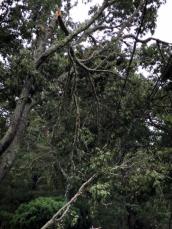 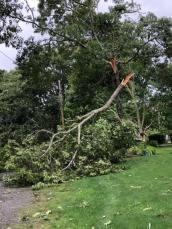 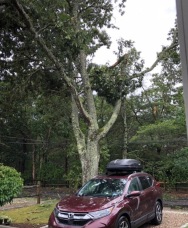 Thankfully no one was injured, not even at the hotel in which had the roof  blown off🙏🏽

The Cape is getting back to normal and vacationers are still coming and so did we!!  I don’t very often get a week on The Cape, but last week when Gina and boys came, I got to be with them💗 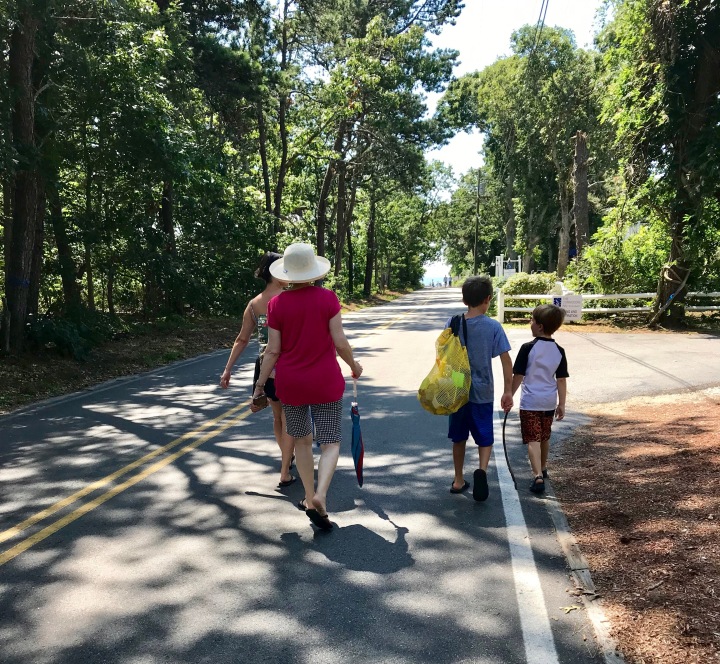 There is nothing like a walk to the beach with your grandchildren!! 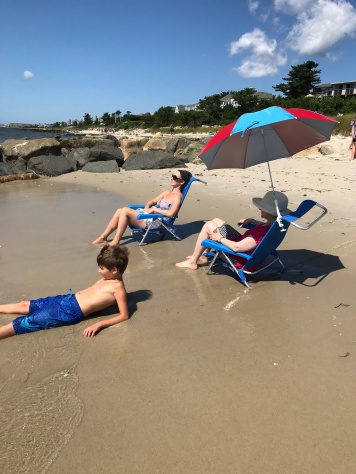 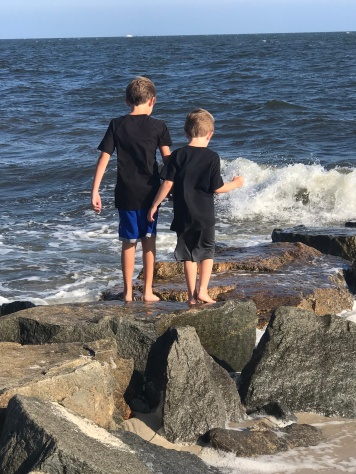 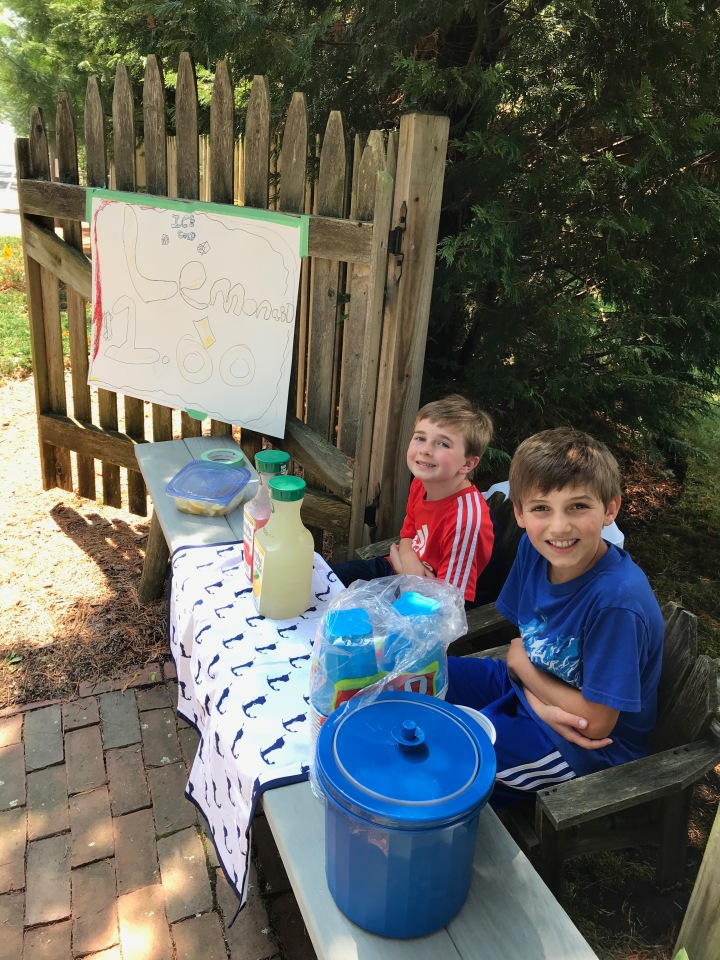 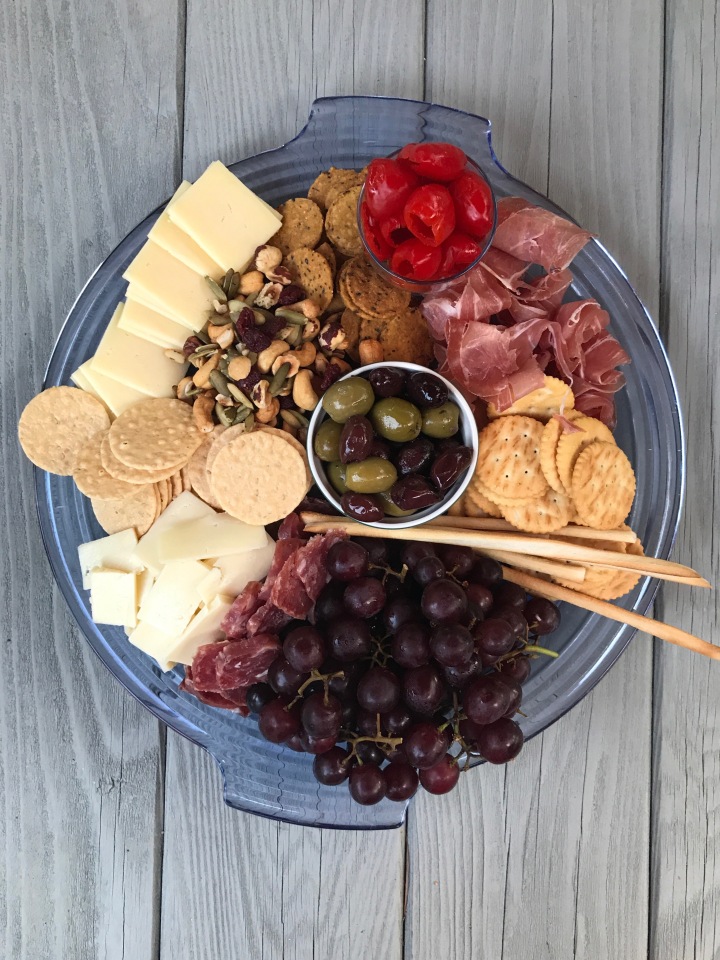 With Patty and Don next door, we did a few dinners with them…  Have you ever heard of a charcuterie board??  I never did either, until Gina told me about it, apparently, it’s all the rage!!!   It’s a platter or board with dried meats, cheeses, crackers, fruits, nuts, olives or whatever else you want to put on it!! 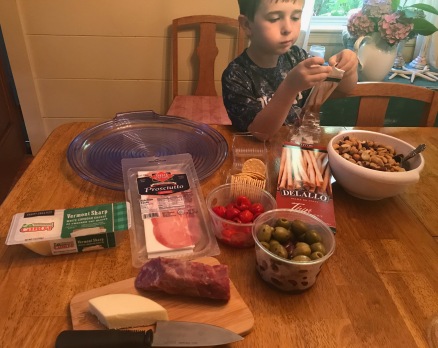 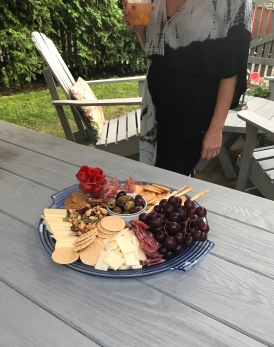 I had a little help putting it together…it was easy and fun!!  A great horderve for summer nights!! 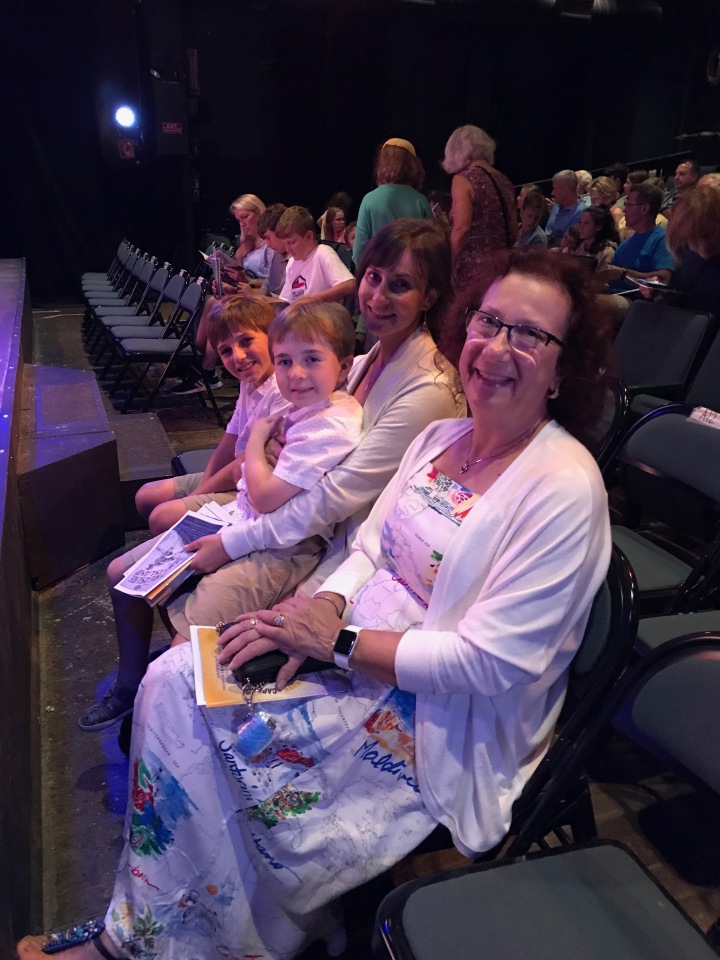 Another fun night with Patty, Gina and the boys seeing “Treasure Island” at Harwich Jr. Theatre, where Gina performed as a child…it was a great show and brought back wonderful memories!! 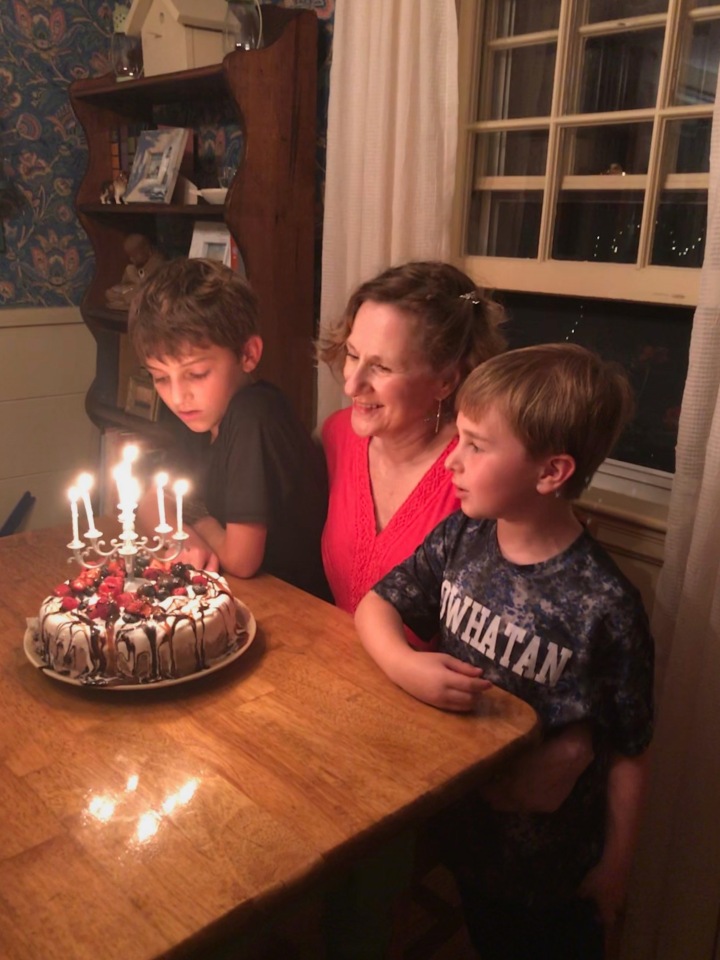 My birthday just happened to be last week!!  Gina made the ice cream cake with a candelabra on top🕯 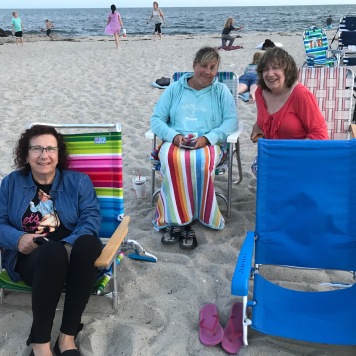 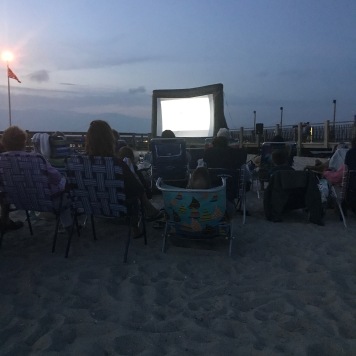 And then ladies night at Smuggler’s Beach in Yarmouth, watching “Jaws” with Patty, my sister Marilyn and my niece Christy!!  Needless to say, I won’t go past my knees in the water this summer…just today there were 4 sightings of sharks on Cape Cod🦈 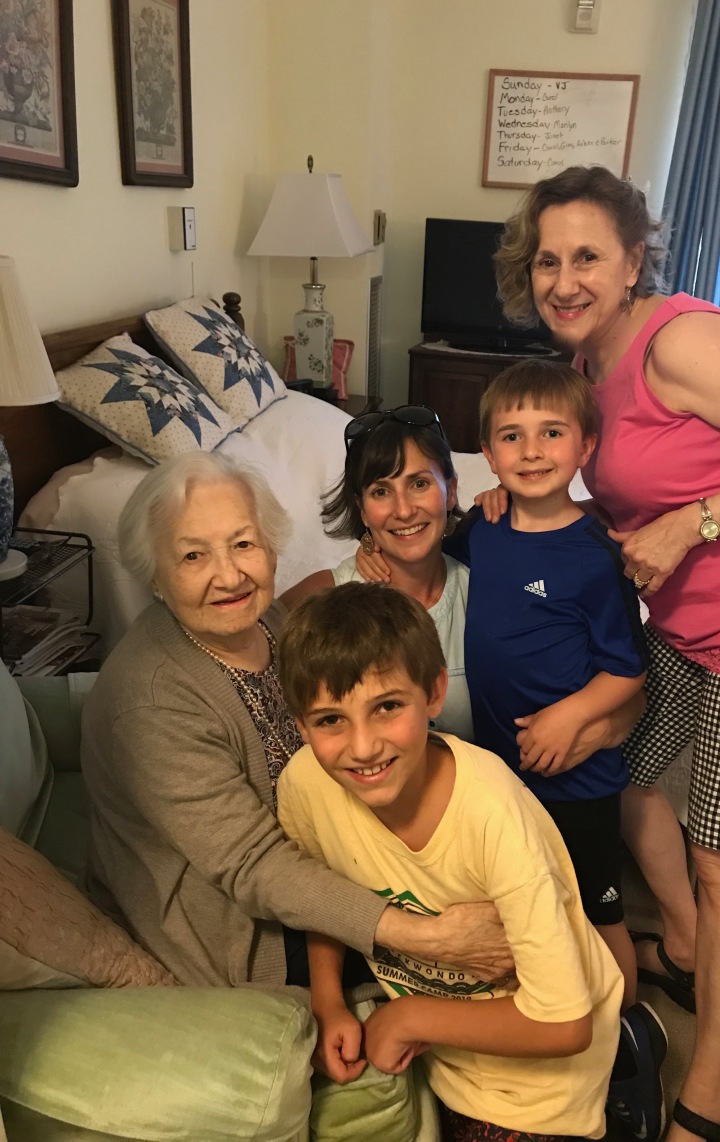 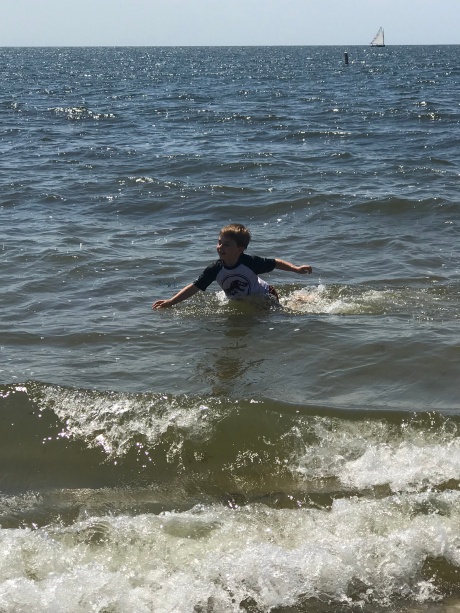 Going through a weather phenomenon we can’t control, like a tornado, helps us to put life into perspective…you could say, it clears a path for us, to see the little joys in life, like watching a child playing in the surf 💙💚 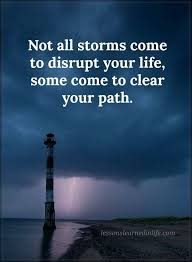 8 thoughts on “🌪A Tornado, but a Wonderful Vacation🏖”